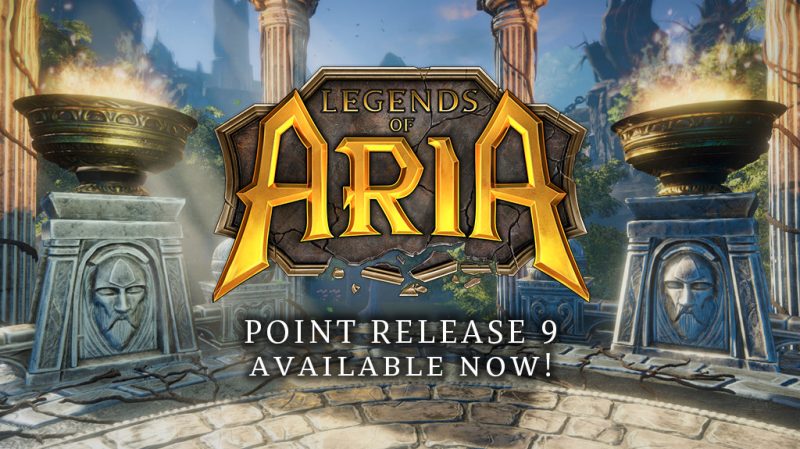 Legends of Aria'a latest update, Point Release 9, is now available. This update introduces a number of new features including Militia Keeps, enhancements to Militia System, all new Ranked PvP Arenas, a Global Grand Bazaar, all new content for Leagues of Celador and much more.

Militia Keeps are located outside of Militia towns and protect capturable Militia flags. Coming with the new keeps is the first global Militia resource, Spiritwood, which can be acquired by controlling the spirit wood mill in the black forest. This new resource is used to repair keep doors or constructing bettering rams.

Ranked arena matches are also introduced with this update which we detailed in a previous post.

Ranked arena matches will allow players to pit their skills against other players for bragging rights and, once the ranked season ends, unique titles and cosmetics. The arena grounds are located in Pyro’s Landing and have been revamped to give players the ability to utilize line of sight tactics when engaging opponents. Vladimir the “Arena Master” allows players to organize and queue for arena matches. Arena matches come in three categories 1v1, 2v2, and 3v3 – all of which have their own ranking so that players can compete in each bracket.  Each player will start at rank 1000 in each respective bracket and gain/loss points based on the rank of their opponents and the outcome of each match. There will be different seasons, giving players the opportunity to constantly improve their skills over time as they strive to be the most prominent duelist in Celador.

Also detailed in our previous post is the Global Grand Bazaar.

The Grand Bazaar will allow players to search, locate, and purchase all the items listed by vendors for sale in the game world. Many of our players are familiar with and even nostalgic of the process of scouring the game world to locate vendors that are selling the items you need or finding steals on items you might not.  While this style of shopping has its appeal to many players it is cumbersome and overall unenjoyable to many. However, we wanted to implement a system that didn’t entirely remove the element of traveling, exploring, and shopping. You can search for an item you’d like to obtain and purchase the item directly from a board. Once the transaction is complete, a marker will appear on your mini-map, directing you to the player vendor so you can pick up your purchase from the merchant at that location.

There are plenty of other new features, changes and fixes in the update and you can read the full patch noted here. 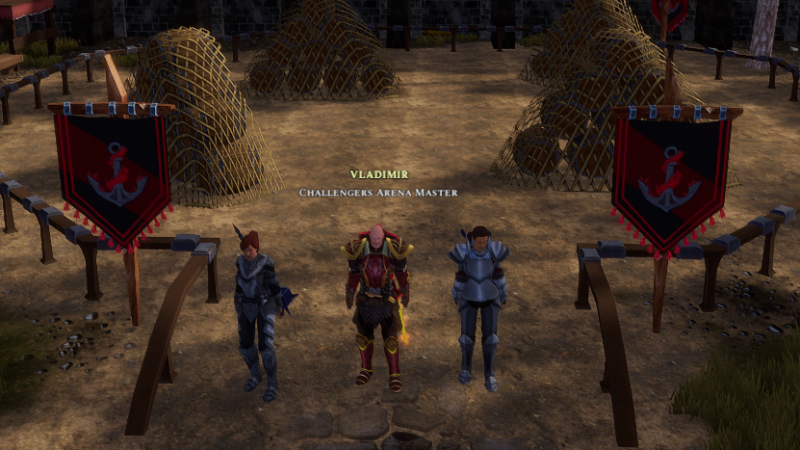